Meet the inspiring speakers who were presenting at the Fall EFF Summit 2020. 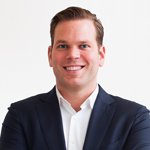 Daniel de Boer is the founding Chief Executive Officer of ProQR. When confronted with the diagnoses of his newborn son with cystic fibrosis, he decided to start ProQR to help patients like his son. He collected a group of experienced biotech entrepreneurs around him and in 2012 founded ProQR with co-founders Dinko Valerio, Gerard Platenburg and Henri A. Termeer. Daniel is an entrepreneur and passionate advocate for rare disease patients. Since founding ProQR he has assembled a group of successful biotech executives and built a team of a 150 experienced scientists and medicine developers, devoted to creating RNA therapies for patients in need. Under Daniel’s leadership ProQR has initiated clinical trials in multiple development programs for rare diseases. Before founding ProQR, Daniel was founder and Chief Executive Officer of RNA Systems, PC Basic and Running IT, companies he led through phases of growth, developing and launching several products in multiple European countries. In 2018 Daniel was named "Emerging Entrepreneur of the Year" by EY in the Netherlands. 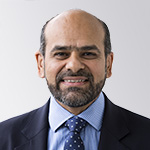 Aniz Girach, MD is the Chief Medical Officer of ProQR. After having spent 11 years in academia, he joined the pharmaceutical industry with Eli Lilly, focusing on retinal diseases. He has in total 22 years industry experience in roles with Merck, as their Global Head of Ophthalmology, and Alcon, where he was Vice President of Clinical Development, and ThromboGenics (now Oxurion), where he was the Global Head of Ophthalmology/Chief Medical Officer.In addition to an Honorary Professorship at Wills Eye Hospital, Philadelphia, USA, he was most recently the Chief Medical Officer at Nightstar Therapeutics, overseeing the development of gene therapies for inherited retinal diseases. He is a member of three Scientific Advisory Boards for international ophthalmic organizations currently, and reviewer for five peer-reviewed journals, including Eye and IOVS. He has edited four books and published over 100 abstracts/manuscripts in peer-reviewed journals in Ophthalmology. 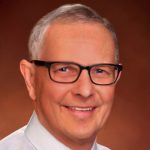 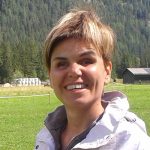 Francesca based in Parma, Italy, majored in simultaneous interpreting, but has been working at the University Hospital of Parma for 20 years, 15 of which have been in the Research and Innovation Unit. Living with the genetic eye condition Leber Congenital Amaurosis Type 10, she has a Master’s in research methodology, and works as an information specialist, contributing to the writing of study protocols and scientific publications. 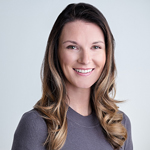 Jessica Ibbitson leads the Clinical & Development Operations department at ProQR Therapeutics which includes Clinical Operations, Project Management and Digital Health Technologies. Jessica has held various operational roles in biotech, an academic site and contract research organization.  Prior to her role at ProQR, Jessica was the head of Vertex Pharmaceutical’s Clinical Site Services department responsible for start-up of cystic fibrosis clinical development programs which led to the expedited approvals of Kalydeco®, Orkambi® and Symdeko®.  Jessica has spent her career focusing on rare diseases and developing new methods for accelerating clinical trials in order to get potential treatments to patients as quickly as possible.

Register for EFF updates
Skip back to main navigation